C is for Chéne Hó 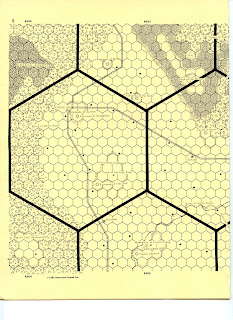 Excerpted from the Gazetteer for the Northwest Frontier Map Set,
by Thomas Thompson and MAR Barker

Chéne Hó is a province and city in North Western Tsolyánu, south of the Átkolel Heights (see the letter "A" post from the two days ago.) It is described as having several walls, each inner wall higher than the last. How many walls is not stated. The Governor's Palace, major government buildings and the temples are within the innermost ring, as are the clanhouses of highest status clans and merchants. The other rings hold the clanhouses of the lesser clans, the markets and shops, descending in status towards the outer ring. The Foreigner's Quarter is located in the outer ring. While Tsolyánu in general tends to be hot, the climate in  Chéne Hó is "temperate", with only the summer months becoming very hot. I remember Professor Barker once describing it as somewhat like Montana... 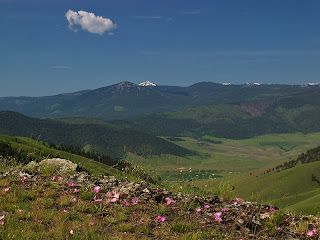 I take that to mean rolling hills and grasslands similar to the picture above. The only significant mountains however would be the Átkolel Heights and the low Chákan mountains to the Southwest.