The Battalions of the Seal of the Worm 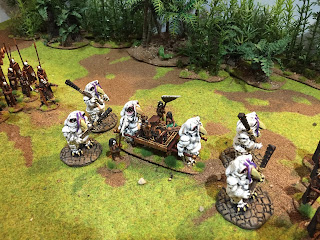 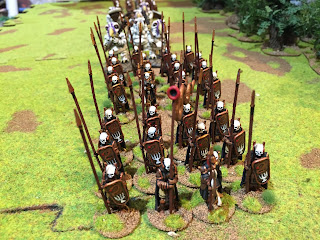 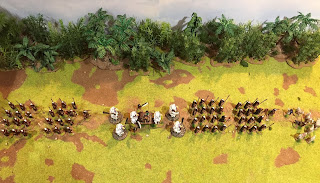 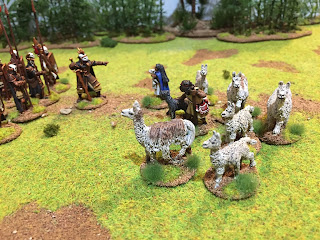 From the collection of Mike Lung

The Battalions of the Seal of the Worm on the march across country. The figures are DAD 3d prints, some of which Mike has converted. The Hma are converted Llamas from Wargames Foundry's excellent Aztec range.

Another source of Llamas are the old Mega Miniatures Llamas, which are currently found at Forlorn Hope Games, IIRC. The Foundry versions are larger. I use them as Hma, and the Mega Miniatures versions as Hmelu. 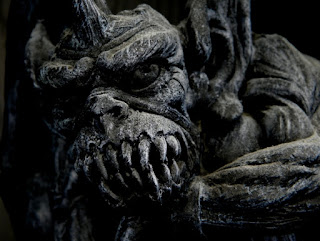 As this Friday is Ebon Kingdom Day, the great King Griggatsétsa has decreed that the Tekumel Project offer an additional 10% off in-stock items to Tekumel Club members. The sale runs until Midnight Monday, Nov 27th.

Salarvyáni Proxy Figures: The Legion of the Mace of Steel 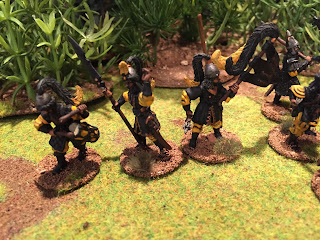 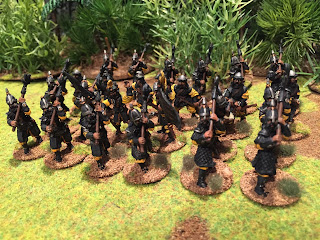 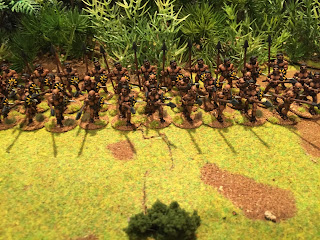 From the collection of Mike Lung.

One of the challenges of wargaming on Tekumel is finding suitable figures. Inevitably one has to use proxy figures but these can be hard to source as well. It's often hard to get the right look. Black Tree Design's fantasy Saracens are pretty good as Salarvyáni proxy figures though, as can be seen in the pictures above, representing the Legion of the Mace of Steel. The Salarvyáni group their forces into composite units much like the Yan Koryani, so they might have heavy infantry, archers, light infantry in the same legion. Note that they don't actually call the force a legion, but that is a good english equivalent.

The Salarvyáni national colour is black - Salarvyá is known as the Ebon Kingdom.  Salarvyáni males favour beards as well so the tendency is to make bearded proxy figures Salarvyáni; that doesn't mean bearded figures cannot be from other nations, just that many of the other empires tend to be more clean shaven. It should be noted that Baron Ald, a native of Saá Alláqi, wears a beard and some of the Tekumel Project Yán Koryáni have beards and/or mustaches. Our Tsolyáni are generally clean shaven, however.