A Hirilákte Arena For Your Very Own?

Read this thread, to find out how to transform this... 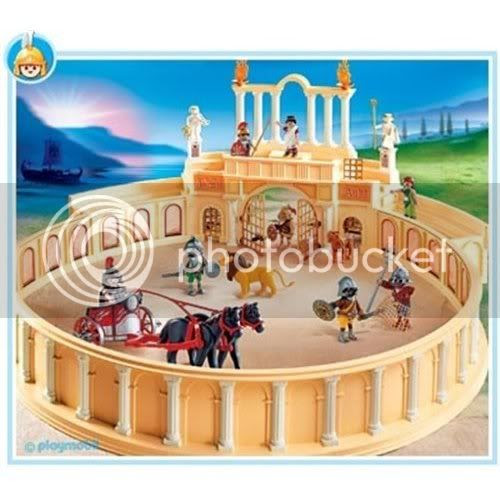 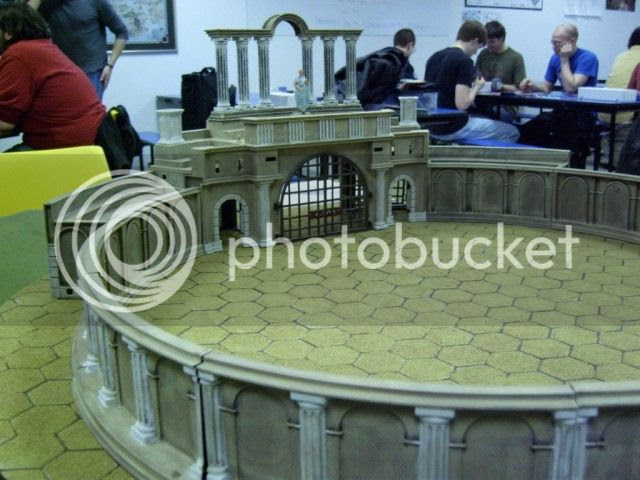 Be careful though, if hunting on eBay, it seems to have been re-released as a smaller, partial set...
Posted by phf at 2:47 PM No comments:

This new figure released by Dark Sword Miniatures is sculpted by Patrick Keith.

I think that with very few modifications she would make a very nice warrior-priestess of Karakán, one of the five Lords of Stability, and styled the "Lord of War, the Master of Heroes, and the Ultimate Warrior on the Final Day."

The most glaring change is the scabbard, but that could be carved away and fixed with putty. The sword could be swapped out or perhaps carved and puttied a bit to make it a bit more exotic looking.
Posted by phf at 3:07 PM 2 comments: 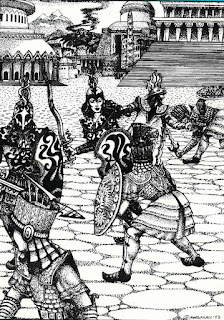 The Khíl is the stereotypical Yán Koryáni helmet. The Yán Koryáni wear other helmet styles of course, but this is the style most associated with Tsolyánu's foes to the North. It is a close-fitting pointed skullcap with a short, pointed visor,  round ear-pieces, and a mail aventail. A.row of fluted plates around its rim are its most distinctive feature. The basic form of the helmet varies considerably: the shape of the visor or ear-pieces changes; the height of the fluted plates and even their placement can be different on individual helmets; the aventail might be of chlén hide scales rather than mail. Sometimes the plates are roofed over with a flat cover; on others there is a central crest or the helmet point is taller and features a long plume of a variety of colours depending upon the wearer's city of origin.

The above illustration is by Kathy Marschall and is from the cover of a solo game-book by the late MAR Barker, entitled "Adventures on Tékumel, Part 2, Volume 1: Coming of Age on Tékumel." It depicts Yán Koryáni soldiers fighting with two Tsolyáni from the the Legion of the Searing Flame (stage right) and one from the Legion of the Lord of Red Devastation. I am not certain of the Yán Koryáni unit but I believe that they are from the Rüllá Gurék. I think the scene depicts street fighting just prior to the fall of Sunráya, which is one of the many threads of the book.

If you are at all interested in Tékumel then I highly recommend you hunt down these books. Part 1 is a thin booklet that deals with character creation, but Part 2 consists of three volumes which provide a wealth of detail and atmosphere about Tsolyáni society and places beyond its borders. I only wish there were more volumes!