The Laws of Magic

These laws appeared in the old Dungeoneer fanzine, unfortunately I don’t know which one as I can no longer find my original issue. I’m pretty sure I still have it, it’s just been eaten by all my “Stuff”. ;-)

The original article was for a new D&D magic system based upon the “real” laws of magic as outlined by P.E.I Bonewits in his book, Real Magic. The article’s author, Bill Seligman, listed the laws – or perhaps only those laws he thought best adaptable to the game – and then offered rules on how to categorize the spells created along with rules for spell creation as they fit into his D&D game*.

Here I have re-stated the laws and in some cases expanded upon them based upon my interpretation of how they might work. I am not offering a “system” as such – indeed, while I really like the concept – there are problems, I think, with making it work. The main problem being the [potential] workload imposed upon the GM to come up with NPC spells. Some of my additions are notes aimed at curtailing attempted power-player abuses of any system based upon the laws.

*Note: I assume this must have been OD&D as I recall the Dungeoneer being one of the early fanzines.

The Law of Knowledge

As the saying goes: “knowledge is power” – and with understanding comes control. If you know all that there is to know about something then you can gain absolute control over it. This law, and its sub-law, the Law of Self-Knowledge, are somewhat tempered by the Law of Infinite Data and the Law of Finite Senses. Gaining the “full” knowledge of something does not come easy. One could argue that beginning characters should be limited in their access to this law, given that they have had little enough time to learn everything about a subject. Or, it could be argued, the limitations on the spell are set by the extent of the knowledge.

Sub-law: the Law of Self-Knowledge

Know thyself – the most important knowledge you can have is about yourself. Many of the powers commonly associated with D&D Monks, or indeed, OEPT spell-casters, could be derived using this law. Long years of self-discovery and meditation should be required to benefit from this law.

The Law of Names

The knowledge of the complete, full, and true name of any entity or thing gives you control over it. The true name of an entity is important because it embodies the essence of that being and can thus be used as an associative device for that entity. This law makes naming ceremonies pretty important (and private) events. It also means a person may have more than one name: their childhood name, their common, “use name”, and a true name. Discovering an entities true name could be a quest in and of itself. “Smaug”, for example, was probably not the Dragon’s full or true name. Had it been known, perhaps Gandalf might have been able to wield some power over him?

Sub-law: the Law of Words of Power

There exist certain words that when spoken can be used to change or control the inner and outer reality of the speaker. The nature of this influence and the scope of its effect depend upon the word spoken. At greater skill levels, it might be possible for the mage to merely think the word, rather than actually utter it, for the spell to take effect.

Sub-law: the Law of Arcane Rituals

There exist certain gestures or combinations of gestures which can alter or control reality much as a Word of Power might. Similarly, there are symbols and geometric designs and patterns, including numeric patterns, which contain power within them. The movement of terrestrial bodies, the seasons and other rhythms of nature can also have similar power if one knows how to harness it. Glyphs and wards used as protections from Demons are covered by this law, as is magic derived from astrology or numerology. Some nature spells might also be covered if they are based upon some natural cycle of life, and/or, death.

The Law of Association

Sub-law: the Law of Similarity

Effects resemble causes – anything that is associated with an entity can be used as if it were that entity and provides access to that entities powers. So that is how Icarus’s wings worked! Well sort of, anyhow. Note that spells are not necessarily perfect, and may have inherent flaws, as Icarus found out.

Sub-law: the Law of Contagion

Things that were in contact continue to be in contact and interact after separation. While the emphasis is on physical contact, other forms of contact may also work. This is where those old “witches brew” ingredients come into play: a lock of hair, some toenails, etc. It might also be how a mage (or creature such as a Succubus) could enter the dreams of another, having established the contact some time earlier, perhaps through contact with a cursed object, say.

The Law of Identification

Given a close association between the world view of yourself and the world view of an entity, you can become that entity and use its powers. This may be how a “skinwalker” Shaman gains his powers. It also lends strength to the concept of Hero Questing; rituals designed to emulate a Hero’s deeds and so gain some of his powers.

The Law of Synthesis

The union of two opposing ideas will produce a new, third, idea which is brand new and truer than either of the first two ideas. It will not be a compromise, but rather a new and better truth. This may be how the magical rebirth of the Phoenix works…

The Law of Polarity

Anything can be split into two completely opposite entities with opposing characteristics and each of these polarities contains the essence of the other. Anyone familiar with Star Trek, the original series, has probably seen this in action!

The Law of the Balance

All aspects of the universe with respect to yourself should remain balanced if you wish to survive. Failure to heed this law can result in miscast magic; a spell may simply fail or the effects could be more severe. This is a useful law for the GM to invoke when faced by Power Gamers attempting to mini-max the system.

The Law of Infinite Data

We will never run out of things to learn. There is always something new. While Lord Thumis probably doesn’t mind, I’m sure Ksarul priests are a little ticked off by this law. ;-)

The Law of Finite Senses

We haven’t seen or sensed everything there is in the universe and we never shall. Along with the Law of Infinite Data and Infinite Universes these are nice “catch all” laws which could help to justify a variety of spells. I think if a spell relied too much on these laws for it’s justification then it would have to be considered weak.

The Law of Infinite Universes

The Law of Pragmatism

If it works, it is true. That is, if it is most convenient to assume something then do so until it becomes inconvenient to do so.

One may encounter two truths both of which are contradictory and which can be held without a fuss until a decision can be made. If it’s a paradox, it’s probably true.

The Law of Personification

Any phenomenon can be considered to have a personality and thus be alive and an entity. This is how Elementals and nature spirits are can be summoned and controlled.

Sub-law: the Law of Invocation

One can conjure real entities from one’s own reality into other’s realities. The so-called “Voodoo Doll” uses this law to achieve its effect.

Sub-law: the Law of Evocation

One can conjure real entities from other’s realities into one’s own reality. This law is often used in spells that allow one to fly or breathe underwater.

The Law of Cause and Effect

The act of casting magic will always have an effect, whether that effect is perceivable to the caster or not. The effect cannot always be predicted and may not be exactly what was expected. Also, if the magic goes awry it may rebound upon the caster, with unpredictable and possibly catastrophic results. Even if the desired effect is achieved it is possible for more subtle effects to occur concurrently which may return to affect the caster’s reality in some way. It is when the Law of the Balance is ignored or broken that magic most often goes awry or these other effects occur.

Email ThisBlogThis!Share to TwitterShare to FacebookShare to Pinterest
Labels: The Laws of Magic

It's Official: New John Carter Movie is going to Suck!

I've had a bad feeling about this movie from the first design pictures that came out, then those horrible skyships, and now this - is that supposed to be Woola?!

It's now official: Disney has completely fucked this one up (not that I expected better from Disney!) They should never have been allowed to have the rights in the first place...
Posted by phf at 9:49 AM 5 comments:

Email ThisBlogThis!Share to TwitterShare to FacebookShare to Pinterest
Labels: John Carter of Mars 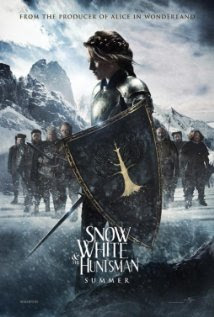 Something to look forward to Summer 2012! The trailer looks really good...

The link to this site was posted on one of the forums I frequent. To quote from the website:

"Golden Chersonese Miniatures was set up as an artistic endeavour to produce original exquisite miniatures for the connoisseur collector. We are a specialist maker of truly unique miniature pieces which are based on exotic lost kingdoms and unusual cultures from the Far East and Eastern Archipelago."

They are 1/32nd scale, Toy soldier style miniatures. The subjects are mostly "Gamelan Orchestras", both Balinese and Javanese. Check out the pictures of the miniatures - I'm thinking possible use in a Yán Kóryani court...

Not of these specific miniatures, of course (though something in 28mm and a more realistic style would be cool), but the concept...
Posted by phf at 5:12 PM No comments: