C is for "Command and Colors"

"Command and Colors" (yes, I know it's spelled wrong, but it is an American game so one has to make allowances) is a boxed Ancients "block" game published by GMT. It is a boardgame - though it doesn't require a board - and a wargame all rolled into one. It is set in around the time of the Punic Wars. There is a fantasy variant called "Battlelore" and there is a Game of Thrones version which I have to say I didn't care for at all. I can't even recall the name. I owned it briefly but quickly dumped it at the next Flea Market. C&C and Battlelore are keepers, however. C&C more so than BL.

As I said, it is a boardgame - there is a board with a hex grid used to manage movement and you add terrain using separate tiles to overlay portraying woods, rivers, hills and towns. And it is a block game in that it comes with wooden blocks in the appropriate colour for each side and with sheets of stickers with pretty pictures of the units represented on them.

I don't usually play using the board, however. I prefer to play it on a full sized wargames table with 28mm figures. I don't bother with hexes. All references to "hex" in the rules I substitute with 6". So if the rules say a unit moves 2 hexes, then that means 12". Maneuver is simple. As hexes somewhat negate the concept of flanks - it is assumed, I think, that units always turn to face the enemy - then one doesn't have to be too particular when moving your troops on the tabletop. As long as they only move 6" or 12" that is fine, and you can wheel or position them as you like.

The only thing you might have to consider is different sized bases for different units. You want to ensure that in the tabletop version that no more units can attack a single unit than in the original rules. No need to rebase; just don't allow a bunch of small units to pile onto a single opponent.

One of the best things about the rules are the command cards. These simulate the problems of command that may not be apparent to the player. Annoying for those who like to micro-manage their armies down to the last millimeter of movement or angle of facing. For myself, I think it's great. I think it is a step towards putting you on the table rather than lording over it. It means your "perfect" plan can be foiled by bad cards - ie. poor communications and obstinate subordinates. Just the sort of things that happened to real generals! :-)

I think the main thing that some people dislike about the rules is that it doesn't matter how heavily armoured you are - the chance to hit is still 1-in-6.  And I am not sure "dislike" is the correct word. Maybe people just find it odd. Shouldn't they be harder to hit? The rules go about differentiating the heavy/"battleline" infantry from the rest in a different way.

I mean, the "heavy" infantry - those that would be heavier armoured and meant to fight in the main battleline - they get 5 dice when they attack in open ground, and hit on "swords" as well. It is like arriving at the correct balance by coming in the back way. With 5 dice hitting 1/3rd the time they are pretty deadly. Medium infantry might hit on swords but get less dice, and light infantry get only 2 dice and only hit 1/6th of the time. It's like saying the chance to kill an armoured man is 1-in-6, unless you are properly suited for the purpose. Light infantry are not and medium infantry are only somewhat better. The differences between the troop types are accounted for, just not in the way people are accustomed to, is all.

In addition, it is easy to "dress up" Command & Colors with rules for Stubborn, First Strike (for pikes), etc.
Posted by phf at 1:34 PM 1 comment:

Email ThisBlogThis!Share to TwitterShare to FacebookShare to Pinterest
Labels: Blogging A to Z, Command and Colors

B is for Barbarian

I think wikipedia will back me up on this, that the Ancient Greeks believed everyone who was not Greek was a "barbarian". That is, an "uncivilized" person, brutish, rude, and uneducated.

Tsolyanu has its tribal groups: the tribes in the Gilraya and Chakan forests, the Kurt hills, the Kraa Hills and, I suspect, the Desert of Eyagi and in the marshy flats along Tsolyanu's southern coast. Some Tsolyani might think these peoples "backward" but I don't think they'd call them barbarians.

That term they would reserve for peoples like the N'luss and the Lorun. These are two related groups, taller than typical humans on Tekumel - much taller, in fact. Some N'luss stand over 7' tall.

You can see more about the N'luss here. And about the Lorun, here.
Posted by phf at 5:55 AM 3 comments:

Email ThisBlogThis!Share to TwitterShare to FacebookShare to Pinterest
Labels: Blogging A to Z, Lorún, N'luss

A is for "At the Center of the Earth" 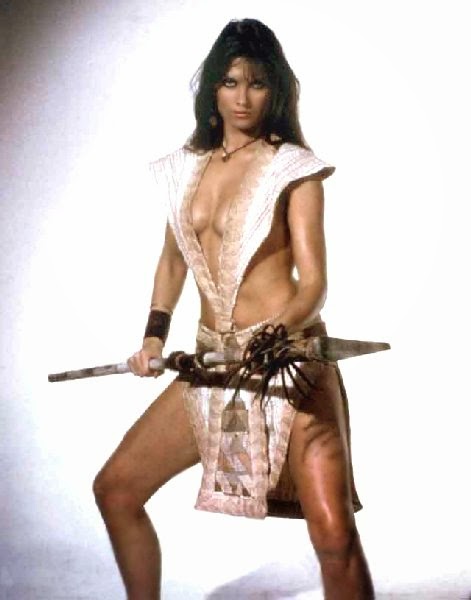