Nisuél, Seat of the Clan of the Golden Sunburst - Part 1 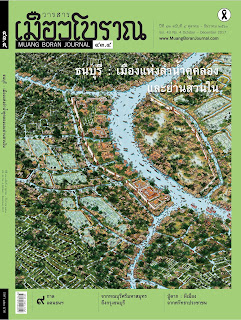 I discovered this image on the Patreon page of one Munkao:

I'm not sure how active he is anymore, but even if you do not subscribe you should take a moment or two (or three!) to browse his public posts. There is a lot of useful stuff there!

My first thought on seeing this image was: "Wow, that is what the Mssúma river delta must look like! And that is the village of Nisuél!"

This is an area I have been trying to draw as part of my Digitizing Tekumel project.  I know it to be the seat of the Clan of the Golden Sunburst from the third solo game-book: "Beneath the Lands of Tsolyánu". (The one with the green cover.) 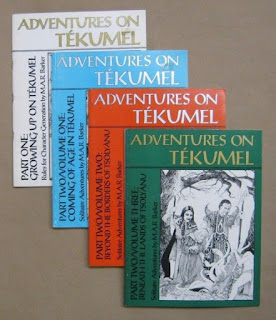 These books are Excellent!
Highly Recommended!

Headquarters of the Clan of the Golden Sunburst

The village contains more clan houses than just those belonging to the Golden Sunburst; there would be subsidiary clans, hereditary vassal clans, perhaps a bodyguard clan, or a boating clan, and similar. Looking at the painting, I would declare that the large white buildings were Golden Sunburst clan houses. The other large buildings are those of subsidiary, or vassal clans closely tied to their senior clan. The lesser buildings are perhaps still other clans who are not tied to the Clan of the Golden Sunburst but whose clan business requires their presence. And of course there are workshops, storage buildings and the like as well. The buildings near the fields are not clan houses of course but are workshops or storage areas, or are intended to provide shelter to "Field Watchers" in the outlying areas.

The large river is one of the distributary rivers branching off the Mssúma river as it reaches the delta. There are dozens such rivers of varying size. Nisuél is on the Dhu’ónin River, the Golden River.

Other river names I've come up with are: 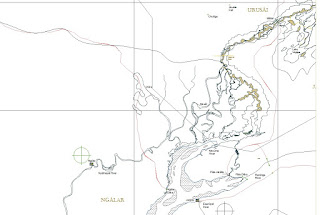 My existing sketch of the delta

I shall have to re-draw my delta to match the river shown in this painting!

As the solo game-book text states, the delta is

"...lush and green. It is crisscrossed by canals and secondary roads, for this is the produce-garden that feeds Jakálla and its suburbs, Músa Jakálla and Pála Jakálla. The great clans that own these lands are old, wealthy, and - to be honest - stodgy. The peasants you meet bow humbly as your litters pass; the slaves tramp in endless columns off to the fields in the morning and back again at night; the Chlén-carts are laden with vegetables and fruits and grain; the tax collectors appear, obscenely sleek and well-fed. This is the Empire as it has been for almost two thousand years..."

The Clan of the Golden Sunburst
Primary Lineages:
hiQolyélmu
hiTétkolel

That's all for now!