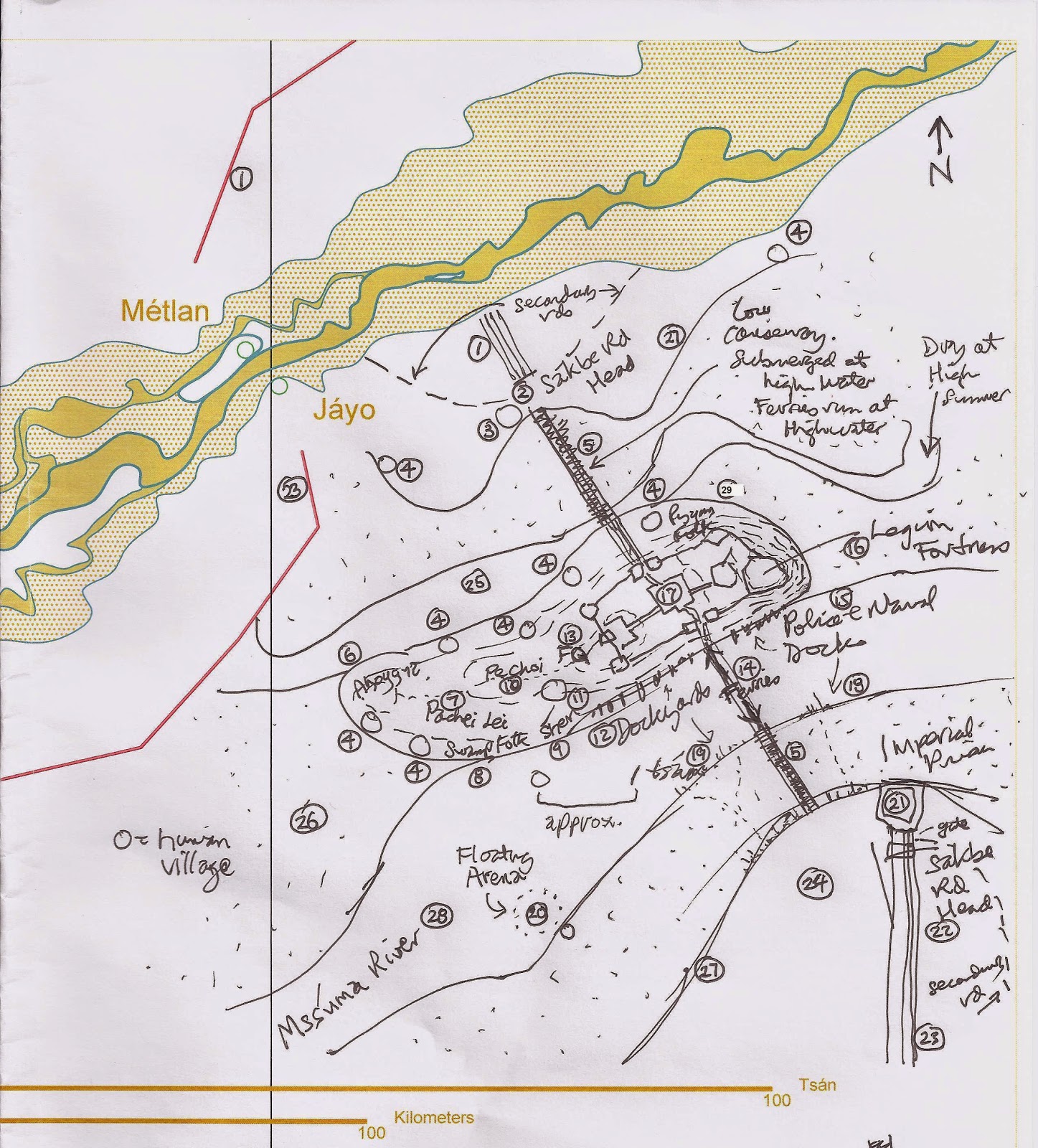 
29)  This last non-human enclave is a small population of Pygmy Folk who have burrows in the hillside. The actual population is not known but as few are generally seen – or rather, few recognizable individuals are seen – it is thought to be low. The Tsolyáni have no knowledge of the extent of the burrow complex.
Posted by phf at 2:28 PM